Despite various SKDC committee meetings in February deciding to set up Members Working Group(s) to keep abreast of progress towards the Leisure Transformation strategy, no meetings have taken place. Cabinet Member, Cllr Barry Dobson (Con) reported in April (to DSJ PC) the plan for the new Leisure Centre in the Deepings is progressing well and that two options are currently being drawn up and priced. Unfortunately, the plans haven’t progressed far enough for any detailed plans, proposals or costs to be shared with anyone outside the Conservative cabinet.

What I have discovered is that leisure consultants Mace have been paid £284,000 for a report which has yet to be published. Evidently it did not deliver the detailed business plans which were promised because the Council has now engaged a new, thankfully much cheaper consultant, to make sense of the findings of the first consultant.

Next week’s Cabinet meeting includes draft workplan with an aspiration to consider Leisure Centre investment at the September Cabinet meeting. It is one of no fewer than twelve proposed agenda items for that particular Cabinet meeting so don’t hold your breath!

The first meeting of the Full Council was little more than a PR stunt and a rubber-stamping exercise. Motions from Councillors were not allowed and neither were open questions from Councillors and members of the public. Large chunks of the meeting were taken up with voting because every decision, even including approval of the previous minutes, required a roll-call of all 55 councillors in attendance.

During one of the votes, despite a quite labourious explanation by the Chief Executive, the Chair of the Council inadvertently voted against her own party and consequently the voting had to start all over again.

The Finance meeting spent most of its time speculating the likely impact of Covid19 on the Council’s finances. Unsurprisingly the general consensus was a pessimistic outlook. Income from arts centres; car parks, businesses rates and other areas have reduced virtually to zero while waste collection costs have risen. There are some unknowns including: the extent to which the Government will bail out Local Authorities; and whether or not the leisure provider, 1Life, will succeed with a legal claim it has submitted to the council for financial losses (the council is obviously disputing the claim).

The Governance and Audit Committee almost took place on 24th May but just after it started I pointed out that no access details had been provided to members of the public and officers confirmed that the meeting could not proceed if it was inaccessible.

The reconvened meeting discussed external audit reports which were critical of the Council’s medium term financial strategy and lack of a meaningful corporate strategy. The meeting discussed internal audit reports which were highly critical of the council’s failure to consistently follow its own procurement rules as well as various shortcomings of the council’s homelessness function. Thankfully some of the issues have been addressed between the Internal Audit visit and their presentation to the G&A Committee.

This morning’s Planning Committee meeting was supposed to discuss plans for a waterski and touring caravan facility in Tallington. Unfortunately, at the very last moment, it was decided to defer the item until after a site visit could take place.

Many, many thanks are due to all the volunteers and organisations who are supporting local residents and businesses through Covid lockdown. The Deepings Round Table deserve a special mention and I am happy to be one of three Deepings Councillors who have allocated a total a thousand pounds from SKDC Community Funds towards their ongoing costs.

Finally, it is sadness that I report the passing of my friend, and former Town Councillor Roy Bell. Roy was Deputy Mayor in 2010-11 and did loads of work with the Council’s Summer Playscheme. He passed on yesterday after a long struggle with cancer. My thoughts and prayers are with his family.

The following table lists the grants allocated from the Members Ward Budget of South Kesteven District Council during financial year 2019/20. Each Councillor can allocate up to £1,000 each year.

During the financial year 2019/20, four out of the eight Stamford district councillors allocated the whole £1,000 to good causes. Cllr Susan Sandall (unaligned) awarded £500 and Cllr Matthew Lee (Con) only £250. Cllr John Dawson (Con) chose not award any grants at all.

In the Deepings, all 6 councillors, and the 2 from Casewick, spent all but £4 of their grant pots during the financial year 2019/20.

During the financial year 2019/20, four out of the eight Stamford district councillors allocated the whole £1,000 to good causes. Cllr David Bellamy (Con) and Cllr John Cottier (Con) both chose not award any grants at all.

‘Deeping Shorts’ – a short festival of short films – has held two Saturday evening cinema screenings with two more to go (15th and 22nd February). The screenings have been well attended and well received. Tickets are £5 from Stamford Arts Centre or at Open Door Baptist Church on the night.

News about the proposed Deepings Leisure Centre and the future of the condemned All Weather Pitch has failed to yield any concrete proposals (nor proposals for concrete). At Full Council, the new Portfolio Holder, Cllr Barry Dobson stated that a Working Party would be formed with representation from the 3 Deepings Independent Councillors. By the time of the Finance Committee a week later, this Working Party had been extended to include two Deeping Conservatives. A few minutes later, it was explained that the Working Party would be an overarching group for all Leisure Facilities in South Kesteven. When I asked for clarification, the Finance Committee was told there will be more than one Working Party. I later asked Cllr Dobson for written clarification of the roles, purpose and composition of the working party (or parties). A week later and I am still waiting.

Cllr Dobson also mentioned that nothing would be decided about Leisure Centres until he had visited the sites personally to see what was needed. This is slightly confusing given that the council has commissioned leisure professionals an architects to conduct feasibility studies at a cost of more than £250,000.

Lots of talk about the Conservative’s Pie-in-the-Sky thinking for next year’s expenditure.

I am pleased to say the Communities Committee agreed to implement some of the measures recommended by the ‘Stop the Knock’ campaign which I had brought to their attention.

I am less pleased to say that they rubber-stamped proposals to ‘rationalise the face-to-face customer service provision’ in Stamford and the Deepings. This effectively means closing the SKDC offices at the Deepings Community Centre and at Maiden Lane in Stamford.

There is a consultation about the plans to close the Stamford and Deeping SKDC offices. The deadline is 20th February.

The Council meeting began with a silence in respectful memory of former Chair of SKDC, Cllr Peter Speigl and former Chair of the world’s longest running radio panel show and much-loved Grantham born entertainer, Nicholas Parsons CBE. The silence was, suitably, just a minute. It would have been great if all the afternoon’s debate could have been conducted without hesitation, repetition or deviation but this was unlikely from the outset.

END_OF_DOCUMENT_TOKEN_TO_BE_REPLACED

“Groups and individuals with an interest in arts, heritage, culture and all manner of creative activities are being invited to help develop South Kesteven District Council’s new cultural strategy.

The public engagement process will begin in the four market towns with a series of meetings for stakeholders and strategic partners, starting in Stamford on 23 January.

Initially these meetings will be by invitation only, but a wider programme of consultation – both online and face-to-face – will be introduced throughout the spring and early summer.

SKDC officers, working with colleagues within InvestSK, will lead the meetings to discuss the cultural sector and celebrate the vital role that arts and heritage play in the district’s economic development.

Any arts or heritage practitioner or local group wishing to attend the initial meetings can register an interest to attend. Places are free but limited so do please get in touch as soon as possible.

Register or express an interest in being involved by contacting Michael Cross (Heads of Arts for InvestSK) by email michael.cross@investsk.co.uk or by calling 07966 299400.

Dates for the sessions are:

Being an Independent Councillor looks a lot more exciting in Australia. It makes me glad I’m here in Lincolnshire.

Cycling enthusiasts from far and wide will be excited to learn of the launch of a major new cycle road race to be staged in South Kesteven in 2019 – starting and finishing in Bourne.

The press launch of the “Bourne CiCLE Classic” will take place at Bourne Corn Exchange at 3pm on Thursday 1 November (This strikes me as an odd time to have a press event because it clashes with the SKDC Cabinet Meeting due to take place in Stamford on the same afternoon. It means that none of the Cabinet will be attending the launch or that they don’t regard Cabinet members as important).

The event completes the quartet of events in South Kesteven.  First, in 2013, came the bienniel Stamford Georgian Festival and the following year Grantham hosted the first bienniel Gravity Fields festival. In early 2016, Phil Dilks, Judy Stephens and I successfully argued for “Parity for the Deepings” and the Conservatives soon agreed to a bienniel Deepings Literary Festival. At the same time there were also some mumblings about Bourne. END_OF_DOCUMENT_TOKEN_TO_BE_REPLACED

“War Memorials – their Design and Locations” 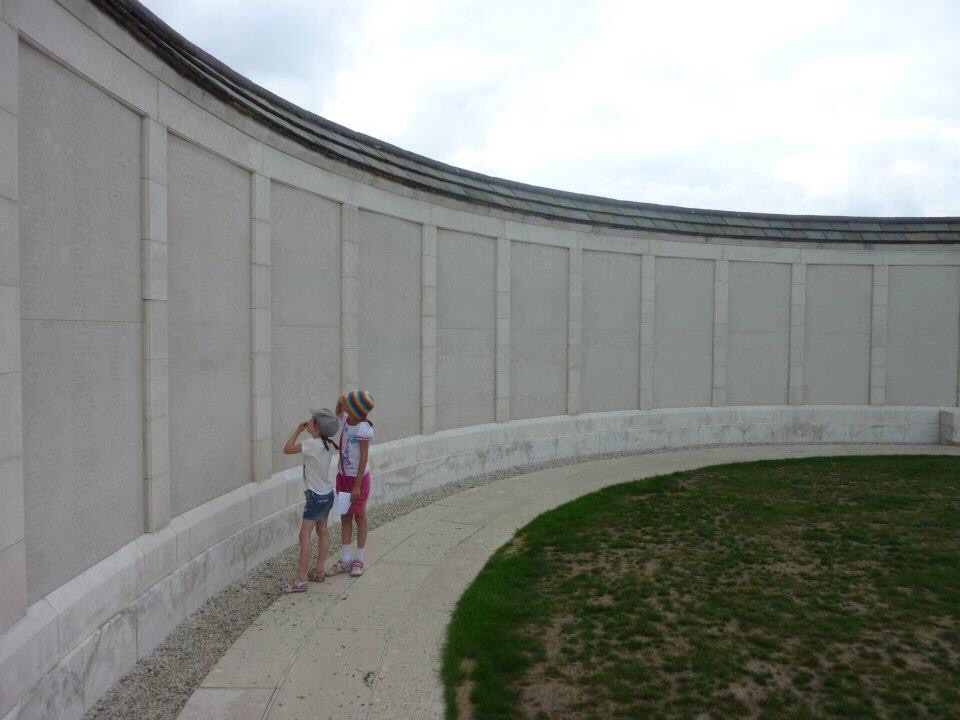 Business of the month

Follow DeepingDo – The blog of Ashley Baxter, Independent Councillor and founder member of the Deepings Rebel Alliance! on WordPress.com